The second day of March in Nashville, Tennessee was just another mid-winter day. As residents were heading to bed, the sky opened up and unleashed 10 tornadoes, seven of which touched down across Middle Tennessee during the early morning hours of March 3. All were moving at extremely high speeds of around 60-70 mph. The devastation left a community in need. That is when Pleasant Hill Community shares the Love.

The destruction was massive but miraculously only claimed five lives with 200 injuries along its 60-mile path. With Heart of America Nashville just a few days away, two students in Pleasant Hill, MO decided it was time to take action. They wanted to Share the Love. 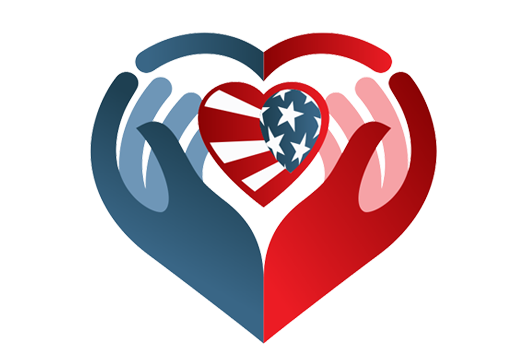 The city of Pleasant Hill, population 8,418 was settled in 1828. The city has a rich railroad history and is home to Big Creek Café, serving home-made pies, cakes and cookies, where you’ll find the biggest tenderloin sandwich this side of Heaven. The high school, home of the Roosters, houses grades 9-12 with a total enrollment of 659 students and a staff of 65. Inside these walls, you’ll hear the voices of Hillside Singers, Hilltop Harmony and Powerhouse choirs including senior baritone Dawson Sivils and junior tenor Landon Fatino.

Dawson and Landon worked closely with Johna Geist, a teacher of Biomedical Sciences, and sponsor of Future Health Professionals (HOSA), Students Against Drunk Drivers (SADD) and the Medical Reserve Corps. They rapidly put together a donation tweet and started getting the word out on collection efforts for those affected by the tornadoes in Tennessee.

“As a group, we are always looking for ways to help other communities and support others, and with the upcoming trip (to HOA), we thought this would be a good way to help out Nashville after seeing the devastating damage.”

Heart of America received a Twitter message the evening of March 4, asking about any type of benefit for the weekend. With little information gathered, the men moved forward and began collecting essential supplies. While the students were preparing for a national competition, Dawson was using social media and parents to spread the word. Ryan Morris, CFO of HOA, contacted Community Resource Center in regards to donations and the plan was in place.

“I’m the administrator of our town’s Facebook group so I utilized that as the main way to get [them] to step up and help. We also used our choir’s Twitter to help spread the word.” A local business, “Sioux Chief Manufacturing, donated over $500+ in supplies to the tornado relief effort!”

The students loaded the charters early Friday and were off for Nashville. Although they had worked to secure donations, the excitement of the stage and competition was still front of mind.

“HOA Nashville was an insanely unique experience. Going in, we knew we were no match for the schools three (or more) times our own size but getting the opportunity to see these crazy choirs in person was a dream.”

Both guys really love traveling and performing in their respective choirs. Dawson said, “My favorite part about choir has always been getting to hangout with people from all across the country and competing at completions in different cities and states.” Landon agreed, “My favorite part of show choir is the impact we have. Looking at people in the audience, I can see how much we captivate people; whether it be smiles, astonishment or tears.”

“The venue [in Nashville] was one of the best performance areas I’ve ever gotten to compete in.”

After graduation, Dawson plans to attend the University of Central Missouri and major in Cyber Security and Entrepreneurship and Social Enterprise. “I hope that these donations were able to help alleviate some of their worries during this time of crisis,” said Dawson.

Heart of America believes the most important way to be a champion is to treat others with kindness and respect. We can all share the love by showing random acts of kindness, cheering for a group, helping other schools, or any way you can think of to showcase what a loving “family” show choir can be. These young men lead with their hearts. BRAVO!